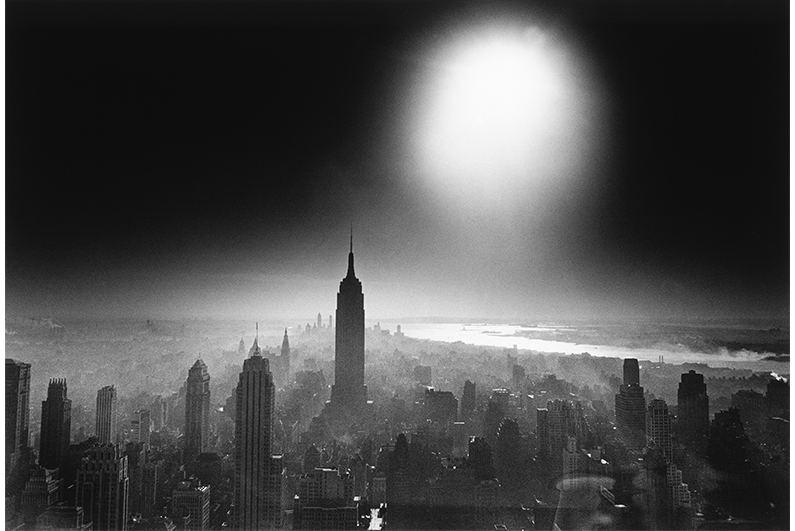 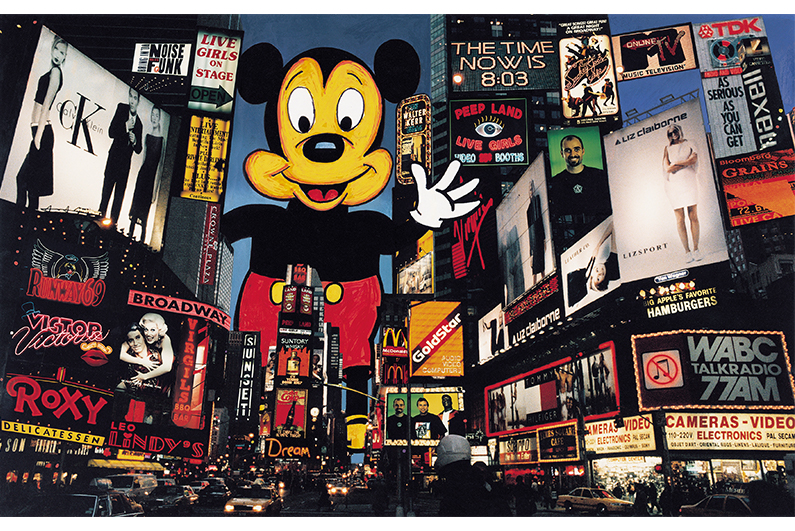 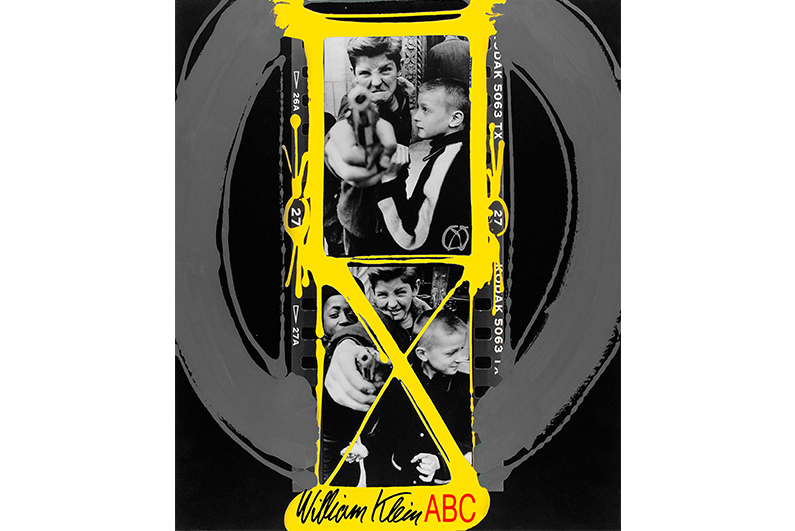 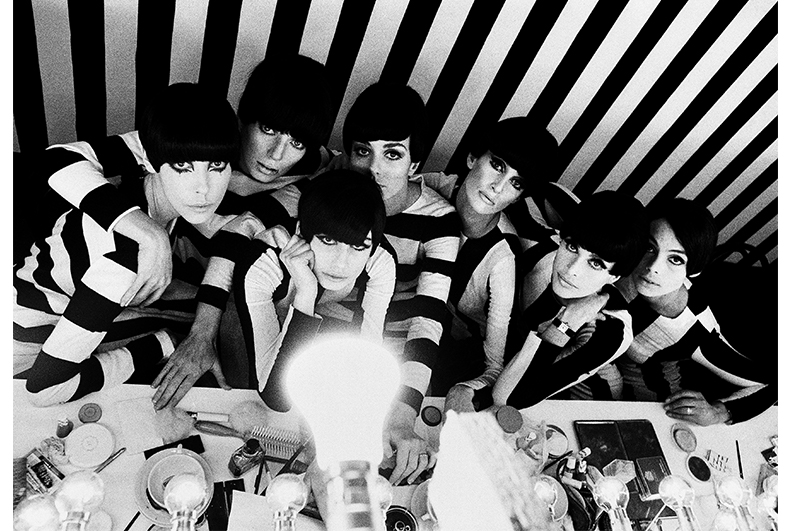 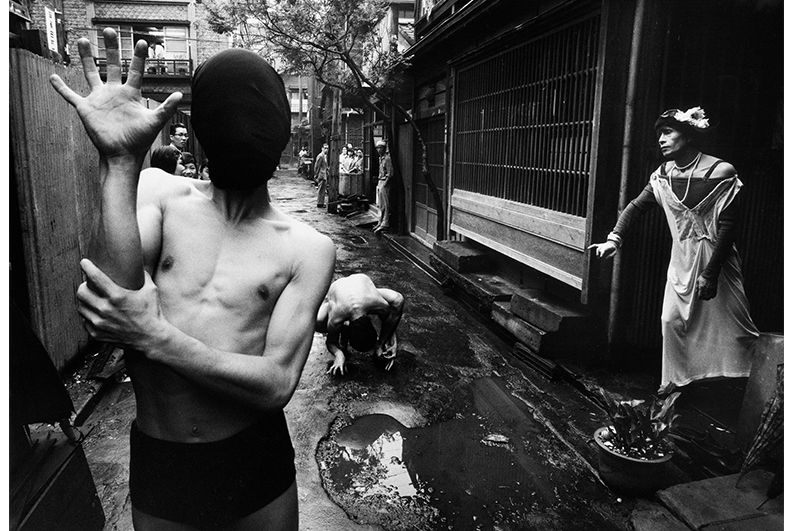 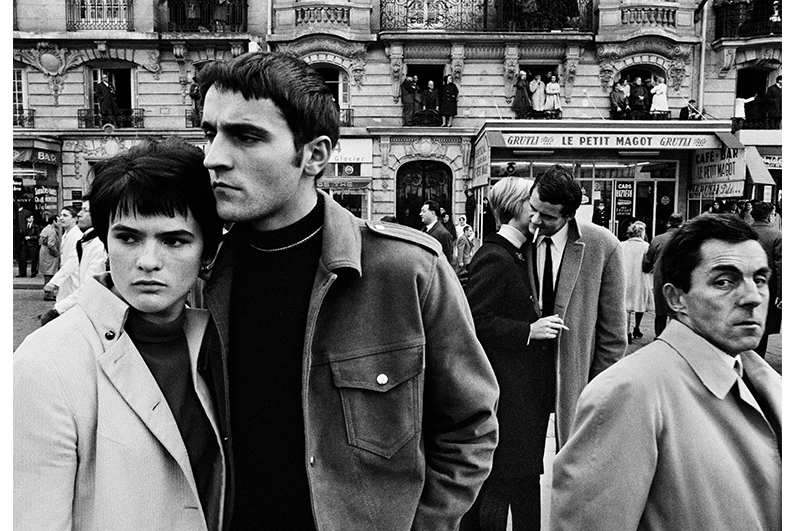 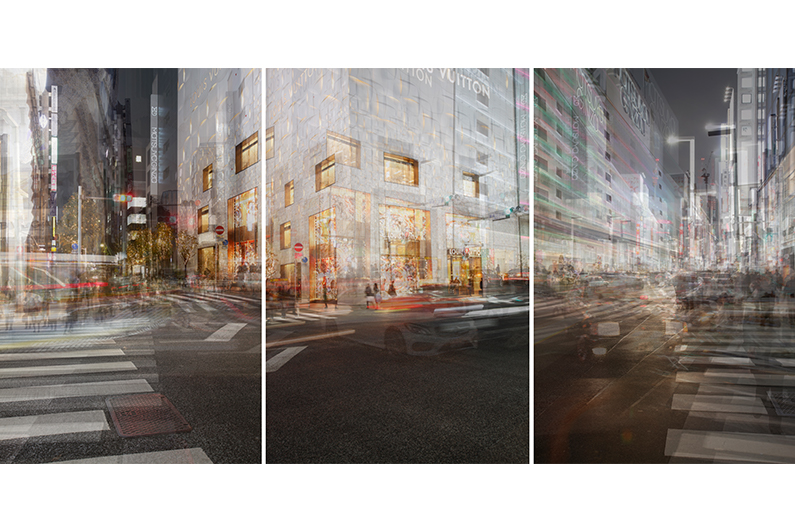 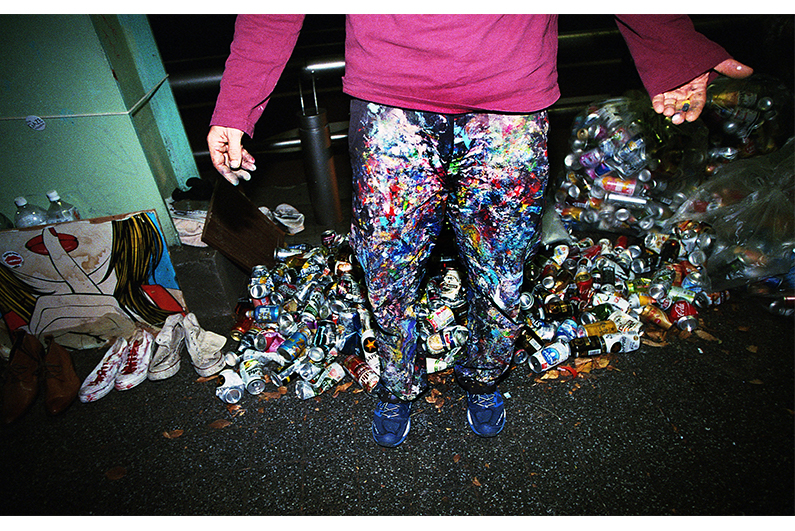 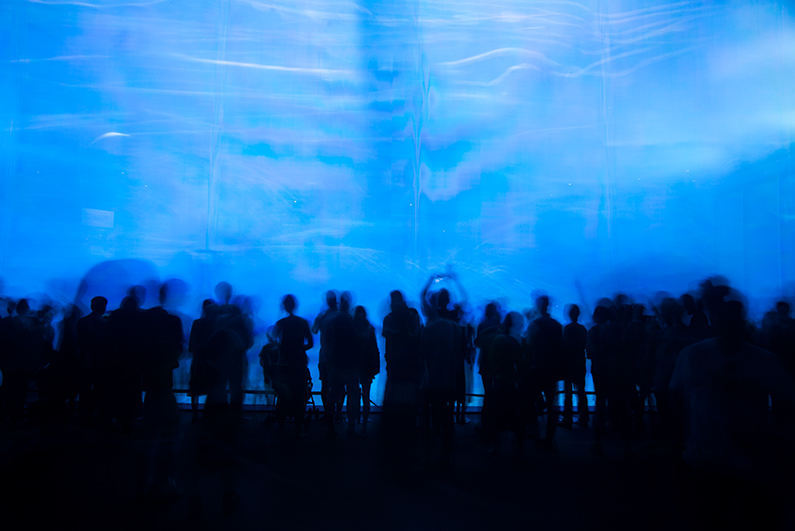 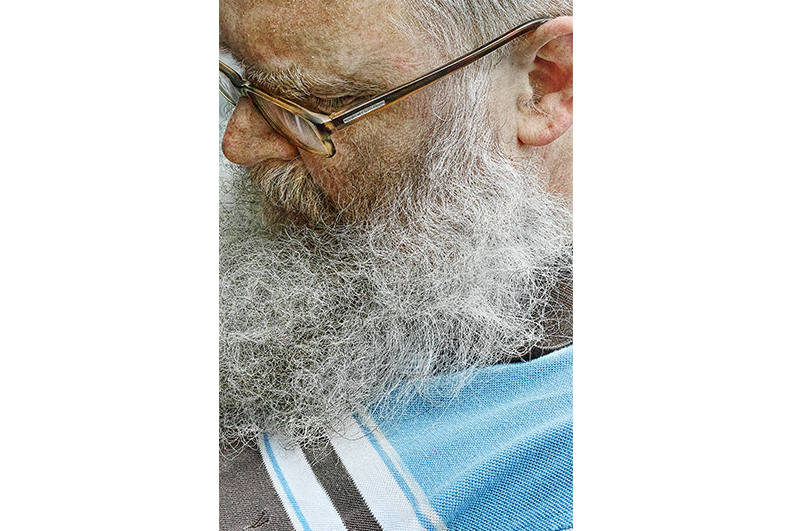 We gather together in one place and exhibit diverse types of images such as the photos and movies, graphics, contact prints, photo collections, enormous photos, and a camera. of leading 20th century photographer William Klein. We present the perspective of Klein from "cities," "fashion," "montages," "painted contacts" and "films" which straddles genres to develop freewheeling images of cities and people, as the introduction to this exhibition.

Visual artist TAKCOM express the cities of New York, Rome, Moscow, Tokyo, and Paris captured by Klein together with a floating sensation and fluidity like a kaleidoscope and a flying carpet. This is combined with just over 200 photos, typography and abstract images, and still photos from movies, to use the entire space of Gallery 1 to present a multi-projection.

Sachigusa Yasuda's "Aerial" is a series of photographs taken from frighteningly high-altitude with your eyes looking down on the ground and the images combined radially as if to involve the sky from a square white space she calls "Void". "Michi" (a word means 'an unknown land' in Japanese) is a series of photographs produced in the wake of the Great East Japan Earthquake. Watching the devastation while living in New York and being driven by a sense of loss and nostalgia, she headed to the affected area, stepped firmly on the ground, and produced this work while concerned about the course her country would take.

With the theme of a spiritual cure for humans, Yuki Tawada uses the technique of scraping and burning the surface of photos she took herself to create a distinctive spiritual vision of cities and crowds. Her collection works on the borderline of photograph, painting and sculpture seem to drag out the hidden depths of the human spirit, and emit the magical aura of the period when photography was invented. In this exhibition, she focuses on exhibiting the "White-Out" series for which she manually scratched large ink-jet prints.

A leading photographer in Taiwan, Shen Chao-Liang combines a famous sight of nighttime Taiwan, the lively scenes of a cabaret using a large truck stage, with time-lapse images of the 24 hours from assembly to removal of the truck, to bring to mind the deep chaos of Asia. With the photo installation combining color photography and time-lapse images, he expresses the energy of Taiwanese cabaret and the mobile festival trucks, generating a place of dynamic flow from stillness to motion and from motion to stillness.

Sohei Nishino searches for the fundamental meaning of life moving, as he examines the structures that are the cities of the world based on his personal experience obtained through travelling as he walks in the cities. He visualizes his own daily actions and combines photography taken from many perspectives to exhibit detailed, powerful, and 11 photo collages of sizes large and small which reveal maps of the power of imagination of cities, seen from imaginary perspectives in which time and movement intertwine.

Kunihiko Katsumata is known for photographic works that symbolize cities with a distinctive and delicate sensibility across light and perception, time and space, mechanism and phenomenon, and internal world and external world. "Panning of Days" is a series, created by combining various images he photographed using the time-lapse technique, taken at the same spot but at different times of the day. "Skyline" is a series of views taken from high grounds that look over a city and its unexpected ridgelines. 9 images are selected from these two series and "Unknown Fire" series and "Hotel Windows" series.

Ayano Sudo is known for new self-portraits digitally synthesizing the faces of people of multiple nationalities, fashion portraits that go back and forth between painting and photography, and works in which she photographed herself in the likeness of real girls that went missing. She exhibits a selection form her own leading photo collection Gespenster and the photo collection Autoscopy.

This is a collaboration of photographer Naoki Ishikawa and sound artist Yasuhiro Morinaga. With the theme of "lights and voices of the planet" that lead the Earth to space by organic ensemble of photos and acoustics, they use photographic works and field recordings of sound/images to dynamically express the babble of noises in each city that makes us consider Earth as one planet.

Takahiro Mizushima display 134 color photos from his own leading photo collection Long hug town all over the surface of a wall. He presents the expression deeply tied to places and love of Mizushima himself, who captures with his whole body the city in which he wanders, the noise and bottomless energy on the streets of Tokyo at night.

Emerging photographer Park Mina brightly and vividly depicts the heat and breathing of groups wriggling around enormous aquariums in cities, together with the blue power of darkness. She implements a sound installation using large color photography and the sounds of breathing, the sounds of water flowing, etc.

Satoshi Fujiwara uses elaborate images that recall super-realism to express the unconscious heat and power of people latent in the crannies and on the streets of cities, in order to explore the hidden potential of photographic images. In this exhibition, he exhibits a picture from "Scanning #1" as outdoor installations.